this isn’t a fairytale but a real life love story.  a love story between a girl and a city, a near three-year  affair.  an affair whose novelty never tired, only deepened.  a complicated romance of sorts; sweetly hidden away like the laneways tangled up in this charming urban dwelling.

melbourne and the girl. 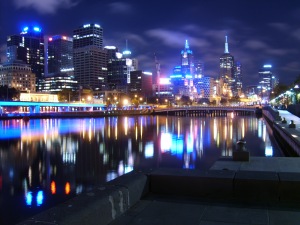 it’s an open relationship, always has been and always will be.  however, there is an inkling of loyalty that does exist.  like the young butterflies that fluttered within her as a naïve fifteen-year-old swooning over her first boy, she’s nervous when she says the city’s name.  never courageous to say out loud, “i love you”.  but strong enough to confide, “i adore you.  because of you, i’m more whole.”  for as open as it has been, it has been a companionship where she has sought to be the most intimate and committed her heart has ever known.  vulnerable, delicate, fragile, fearless and raw-honest, she’s given it everything.in return, the city has provided a comforting embrace, an embrace of esteemed acceptance and an injection of creative rejuvenation.  somewhere between melbourne’s grit and groove, the girl found her beat … she found her words, and like an old fashion folk song, with each play, even if scratched, she’ll get better with age.

for all the love it’s still been a dramatic affair.  she has been selfishly indulgent—taking advantage of melbourne.  with her sleek culture, coffee contours and industrial flaws, she’s a city that is as bold as she is confused; as welcoming as she is challenging.  she’s a city that makes you try but once you show yourself she takes you in, nurtures you …ignites you in the right way.  And even when you fail she takes you back in to ensure that you stand up stronger.   (just don’t wear high heels because in melbourne, life is classier in boots.)

melbourne will move you.  she will shift you … she will change you.  but be careful: she will tempt you.  she will seduce you.  she will blind you and because of this—and so much more—you will fall ridiculously in love with her.  to holly golightly, apparently you can love a wild thing after all.

so, that is the tell of the tale.  a girl fleeting here lost, found her way, and then stayed … stayed out of curiosity.  stayed for countless reasons that cannot be disclosed because it is between her and melbourne, the city that she loves.

conflicted and torn, she’s a city that the girl must let go of.  it has been an enduring conversation that has exhausted them both.  the affection is there but sadly the girl’s heart and mind is somewhere else.  melbourne will have the girl’s greatest gratitude for this is where she found herself.  and this is where she will leave part of herself and appreciatively take part of her fair city with her—the greatest urban love affair, remembered fondly forever-more.